Luther Burrell has opened up on his Rugby World Cup heartbreak for this first time saying he felt let down by then England coach Stuart Lancaster with the exclusion from the 31-man squad leaving him "broken".

Burrell started all of England's Six Nations matches in 2015 and at one stage was one of the front-runners to start against Fiji in their World Cup opener. The England centre also knew Lancaster well having worked with him since he was a teenager at Leeds. It was looking likely he would make the cut.

But Lancaster and his coaching staff opted to go with the largely unproven Sam Burgess over Burrell. The call left Burrell mentally "broken" and he had to fight back the tears in the final training session which he undertook despite knowing his World Cup dreams were in tatters.

"He let me down," Burrell said of Lancaster when talking to the press on Monday. "That is how I feel about him. I have known Stuart a long time. I have a huge amount of respect for the bloke, what he's done and what he has achieved. 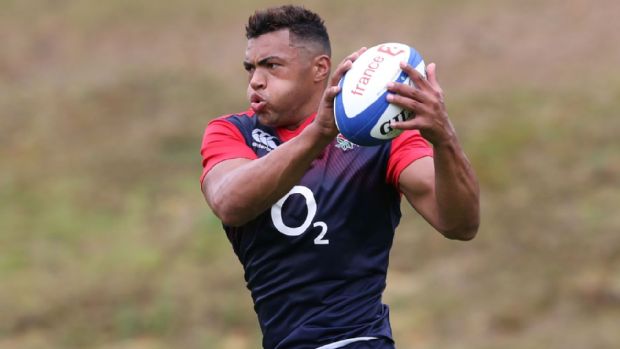 "It was a tough decision for him. I don't know what went on in selection meetings. I have heard things afterwards. Ultimately, he was the man who picked the team and he didn't put me in it. I didn't think I had done anything to justify not getting selected. That was one of the most heart-breaking things, because I had trained well throughout the summer and I played well in the jersey."

Burrell found out of his exclusion on the morning of the formal team announcement. He walked into Lancaster's office at eight o'clock and knew he was going to be one of the unlucky ones. "I could see it on his face that he was hurting and I knew what was coming," Burrell said. "I sat there and took it."

He added: "He [Lancaster] said the coaches had had a chat and said, "I thought you trained really well but we're going with Sam. Don't think this is the end for you. You will be back". Mentally, I was gone. I was broken. I was the one who was pretty broken down in that room."

England then had a training session before the unlucky group of players were to leave the camp with the 31-man squad remaining. It was the session where Mike Catt and Danny Cipriani had their disagreement but Burrell was focused on not breaking down in front of his team mates.

"I gathered myself," he said. "We had a session to do in the morning. That was one of the hardest things to do - to go into the training session and put on a brave face when inside I was absolutely devastated. We were playing 5-a-side and I was running around trying to hold back the tears because I didn't want to get embarrassed around the lads."

Burrell then spent the summer abroad but did keep up to date on England's prospects in the World Cup. He came back to Northampton invigorated by the break and focused on regaining his spot in the England team. Then came the announcement that Sam Burgess was returning to rugby league - the man who took Burrell's spot - but he does not harbour any ill-feeling over that.

"My issue wasn't with Sam," said Burrell. "He didn't put himself in the team. He got an opportunity of a lifetime, who would turn that down? He is a fantastic player. We have spoken and there is no grudge there."